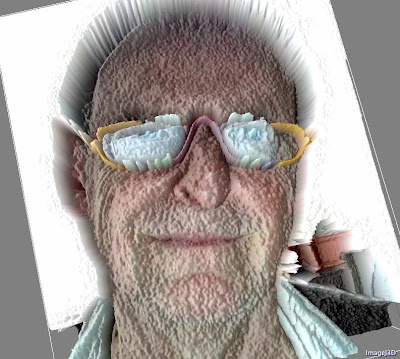 Zombie, in philosophy rather than Hollywood, involves the idea of a being exactly like us, with no test to distinguish between it and us, but who is, nonetheless, a zombie, without ʻqualiaʼ. Without necessarily referring to artificial intelligence, we may assert, and indeed prove in interactive experiments with the brave, that a ʻmindlessʼ, zombie approach can be very fruitful in permitting the impossible to be thought and created. The zombie is a transgression, breaking categories, being both alive AND dead, or we might say both ʻyesʼ and ʻnoʼ, both ʻtrueʼ and ʻfalseʼ. Parallels to quantum physics are obvious. The Zombie can be here AND there. It escapes categorization. If you measure its art, its science escapes you. It represents the uncollapsed wave-form, where all is possible until it isnʼt.
Posted by BRSmith at 21:29