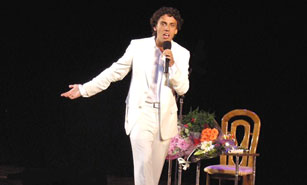 In Moscow, a crowd paid up to 45 $ a ticket to see Maxim Galkin, a famous impersonator and host of the Russian franchise of "Who Wants to Be a Millionaire". They expected to see the impersonator impersonate, but instead gradually realised that the person they were seeing was in fact impersonating the impersonator. Police will interview him on suspicions of fraud when he leaves hospital. 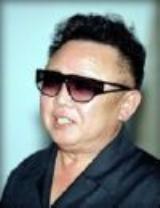 Meanwhile, in the festive season in North Korea, no more brilliant event can be imagined than the showing of part 23 of the documentary "Under the Guidance of the Great Brilliant Commander".

KCNA:
... it was screened at the People's Palace of Culture Friday on the occasion of the 15th anniversary of Kim Jong Il's assumption of office as supreme commander of the Korean People's Army. The film was watched by senior party and state officials, Cabinet members, officials of working people's organizations, ministries and national institutions and working people in Pyongyang.
The film edits historic data showing that Kim Jong Il tirelessly provided energetic guidance to develop the People's Army into an army intensely loyal to the party and the leader and devoted to the country and the people.
It tells how wisely Kim Jong Il led the servicepersons to devotedly help people in terms of politico-ideology and manpower.
It deals with the struggle of servicepersons performing labor feats in key domains of the national economy. True to the high intention of the supreme commander, the servicepersons built power stations, factories and enterprises and other edifices of Songun era in different parts of the country and took the lead in aiding the agricultural front, key front of economic construction.
The film tells that as there is loving care shown by the great Songun brilliant commander there produced a number of moving stories that soldiers devote their own lives without hesitation to defend the lives and property of the people.
Posted by BRSmith at 21:49 No comments:

Latest from the North Korean News Agency - you don't need the actual text, trust me...

Many Poems and Songs See Light This Year 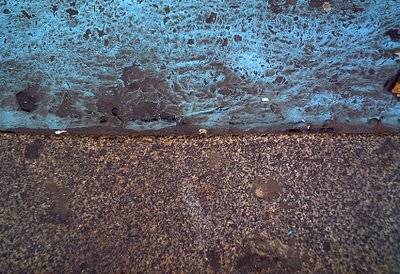 As one does, I have taken it upon myself to record photographically, then digitally, every occurrence (viz.: 1) of paint spilt into the gutter in Parisian streets. This is not only a pathetic attempt slyly to gain admittance to and acceptance from one of the very best sites on the web, the estimable Museum of Dust - aware as I am of the gulf separating a paint-spill from accumulations of tribologically and otherwise generated detritus - but also because if there is any thing that Zombies appreciate (and of course, by definition, there isn't)...

Not only can you enjoy this image, but the Subcommittee for Interactions, Participations, Anticipations and the Etymology of the Word "Falluting" has near-unanimously declared that from now on a kit or necessaire will be made available where possible free on this site. Today's project : construct an octahedron by cutting out the shape and using the tabs. Your own Parisian caniveau or gutter. Good luck and, by anticipation, well done! 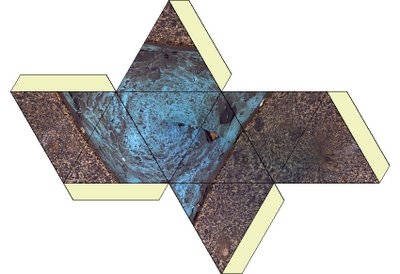 And today's headline : 'I was not drunk' insists bishop
Posted by BRSmith at 10:11 No comments: