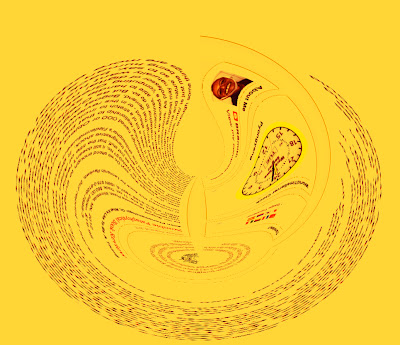 Alien Phenomenology: Or, What It's Like To Be A Thing

(I reviewed this book for Leonardo Reviews, but reprint it here as it addresses thing-ness, hence Zombie concerns.)


Well, the things they say! Do we attend enough to things? Or to change the emphasis, do we pay enough attention to THINGS? No, it still doesn’t really work. So used are we to dealing, in normal discourse, with things as just stuff, that the title of Alien Phenomenology or What It’s Like To Be A Thing comes as an almost transgressive shock. It goes skipping over living graveyards, shorn of the dead, bats on past the philosopher’s Fledermäusen and past post-humanism.

Connected to the pleasingly named OOO or Object Oriented Ontology, Ian Bogost’s book makes us re-examine our philosophical relationship to that part of the universe that is not the minuscule ‘us’. For those who thought it was a bit of a stretch to include (just some?) animals, systems and artificial intelligences, it may seem absurd - or in this reviewer’s case delightful - to happen again and again in this text upon lists of things that demand, Bogost argues, to be seen as perceiving and interacting, even if he has to use metaphor to do so. But as Gregory Bateson used to argue, we need to see computers as metaphor machines, able to handle syllogisms such as ‘Men die, grass dies, so men are grass’. He told me he wanted a ‘computing Greek, not Latin’, the latter being perhaps too pornographically meticulous. As professor of digital media at Georgia Institute of Technology, and as a video game designer, Bogost may naturally want his ideas to be seen in virtual worlds. But it goes beyond that, beyond ‘mind and nature’ so to say, back into - I was going to say ‘our world’ - the world of things. And that ‘back into’ is just me being human about it, because of course logically there would be no such distinction, though some things are more equal than others.

If we read just a few of his randomly or carefully chosen names of things, we are forced, again rather joyfully I find, to consider plumbers, cotton, bonobos, DVD players and sandstone, or the unicorn, combine harvester, the colour red, methyl alcohol, quarks, corrugated iron; bats (Nagel’s ‘What is it like to be a bat?’) are “both ordinary and weird, but so is everything else:  toilet seats, absinthe louches, seagulls, trampolines.” Especially when you read this book. Just as the word ‘hetereological’ (words that cannot refer to themselves: is heterological heterological?) looks more and more alien the more you consider it as a thing in itself, this text alienates every thing, in a good way.

He also wants us to do and make things, to become practicing philosophers in the sense that a doctor would be no good if she just read textbooks. I am dusting off my old Meccano (Erector Set) collections and seeking exploded diagrams of anything, or any thing, not to understand how a submarine or iPad works, but to marvel at the thingness. But does part A27 love, or do harm to, or appreciate part C7? Is it ethical to screw in a screw? Anyway, ethics is itself a ‘hyperobject’, ‘exploded to infinity’. There is no panpsychism here, for it all comes down to nothing/everything, unless you want to postulate the Higgs boson as a unit of consciousness, and let’s not.

Of course, we are not really insulated from the idea that things have things to say and do - eighteenth and nineteenth century stories told by household objects*, ‘I am a camera’ etc. - but these are really saying things are ‘like’ other things. This book is different, for it asserts that everything, perhaps even that which does not exist, and certainly including us, is alien and metaphorical. As he proposes, it’s not turtles but metaphors all the way down.

You might like or loath Bogost’s possibly over-heated but apparently necessary use of metaphor and simile in his argument - roasted chilies lose their skins and are like the wounds of Christ, gypsum dunes resembling a white shoreline in a Žižek daydream never reach the sea - is the Baroque elaboration making up for the absence of a tune? - but if you want to see what the OOO Zeitgeist is about, and be jolted out of human-centred complacency, this might well be the book to read. The pilot of a crashing aircraft is encouraged by air traffic control to “Say your souls, say your souls” (i.e. how many on board?). Well, the things they say! Perhaps we should say our things.

There are useful notes, a bibliography and, for once, a good index.

* They are called ‘it-narratives’: The Memoirs and Interesting Adventures of an Embroidered Waistcoat (1751), A Month’s Adventures of a Base Shilling ([c.1820]), The Life and Adventures of a Scotch Guinea Note (1826) - it was almost always ‘adventures’.
Posted by BRSmith at 17:00 2 comments: