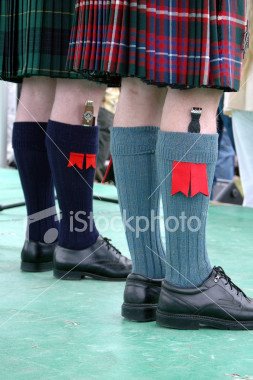 "...For this criminal purpose the U.S. imperialists have long resorted to sanctions and military aggression against the DPRK.
This is, however, a pipe dream that can never come true.
And it is a hare-brained folly leading to self-destruction for the Japanese and south Korean pro-U.S. warlike forces to join in the dangerous play with fire, dancing to the drum-beating of the U.S. imperialists in the anti-DPRK racket with daggers in their belts.
The U.S., Japanese and south Korean warlike forces should no more run amuck but immediately stop the provocative war exercises, pondering over the catastrophic consequences to be entailed by their saber-rattling." (My italics.)

One does not have to be a friend of the increasingly hysterical U.S. government to appreciate the wonderful NK rhetoric. In fact, were it not so tragic a state, with such suffering entailed for so many of its people, one would really need to invent North Korea. The self-deception, the bluster, we all have it in us. Read (again) the North Korean news agency site, and reflect.

(Picture shows South Korean soldiers with daggers cunningly moved to their socks, ready to run amuck.)
Posted by BRSmith at 11:39 No comments:

French Zombies (you can do it too) 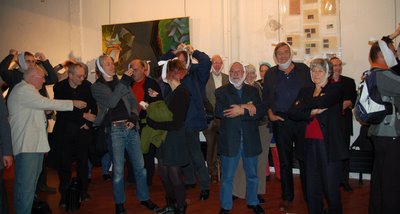 An elite gathering of intellectuals and the more cultured of the Parisian population, shocked and perhaps pleasantly awed by the fact that they too have become, or are about to become, Zombies...
Posted by BRSmith at 18:13 No comments: 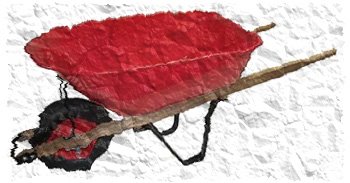 VISITORS to the Pontifical Catholic University of Minas Gerais, Brazil, would be forgiven for fearing that their breakfast had been spiked. They may well be treated to the sight of a black-caped figure wearing a horror-movie mask running round the campus after a large flightless bird, while a colleague manoeuvres a stuffed jaguar on a wheelbarrow.

These earnest researchers are trying, reader Lauro Venancio Zier assures us, to teach captive-born rheas to run away from their natural predators. An admirable aim when the birds are about to be released into the wild, and if you don't believe us there are pictures at (no there aren't - ed.)

The perils of trying to manipulate rhea psychology are illustrated, however, by the observation that the birds subjected to this treatment have in fact developed a healthy fear of wheelbarrows. 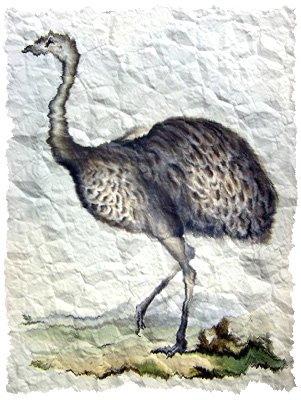 A most curious lack of the usual raving-mad postings from right-wing Americans on, for example, the BBC website "Have your say", about the head of the British army, Lieutenant General Sir Richard Dannatt KCB CBE MC (below) stating that we should get out of Iraq, and that our presence "exacerbates" the violence. Which everyone except the criminal Bush and his rabid apologists knew anyway. Is there a national holiday in the States? Has Al Jazeera taken over Fox News? I think we should be told. 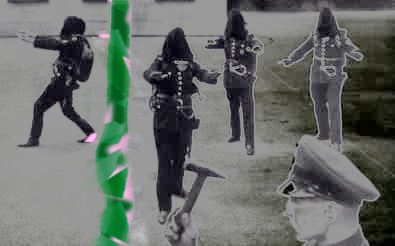 Zombies have always been with us. Archive image shows German firemen circa 1941 being trained to follow the sound of jelly being smashed. Fascists - then as now - cf Rumsfeld et al - have a peculiar horror of the unsolid, and hence of course the living dead ("...and all that is solid melts into air..." Marx 'n' Engels, Communist Party Manifesto 1872; "In the City of Washing there will be a great Wobbling, a False Believer torn apart by Chaos; while the Bush endures, all Morality will succumb, the Great Big Jelly will begin and never end, so there..." Nostradamus, The Prophecies, 1555).
A pile of jelly left beside the roadside after a wedding party (typical behavior - "We're all pissed as rats, let's..... I KNOW! - let's leave some JELLY out in the street!") was investigated as being toxic waste or worse by heavily protected firemen and others for two hours here in Germany before they decided that it was the wobbly dessert: a mixture of water, extract of dead animal, and chemical colours and aromas, we are not told what flavour. They conducted a number of tests, the conclusive one presumably being to taste it.
Or so the official story runs. In fact, as any reader of the Zombie Survival Guide would know, Zombies are adept at leaving small terror-parcels as traps for the unwary. And just as Zombies are by definition indistinguishable from human beings, so they can leave pools, for example, of stuff that is indistinguishable from vomit, even down to the bits of tomato skin you always get even if you never eat tomatoes, and those who even look at it run the risk of becoming the walking, reeking, undead.
Posted by BRSmith at 09:47 No comments: