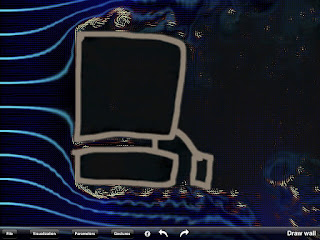 The computer killed off many things, but now the computer has killed off the computer. The iPad (I won’t put in the usually obligatory ‘and other smart devices’, because nothing comes close to the iPad in terms of its creative applications) now does all we want, and a lot a conventional computer can’t do. Indeed, the modern PC or Mac sits sadly on many a desktop, used merely for routine mailing, shopping and so on. The computer has been de-brained (to use an Alfred Jarry, founder of ’Pataphysics, term) and is really no more than a Zombie for most users. This is rather like using a Ferrari to deliver the milk.

This brings good and bad news. The bad news first: we don’t do computing any more - by ‘we’ I mean ordinary people at home. This was already true since the mid nineties, but it’s even more starkly visible with iPads that very few can program at home. Ask most people today what a computer is, and they’ll say it’s a device for accessing the web and writing and sending emails. That’s about it. But in the days of the BBC Micro, the early Apples, the Commodore Pets or the Amigas, many people programmed their own computer. Kids wrote programs at school or at home, artists and musicians wrote their own software. Computers were seen as much as creative devices as spreadsheet machines, as representation processors, not just information processors.  Not really any more, by the general public, they're just back to information handlers. Terrible waste, really.

The good news is that an iPad has access to many thousands of creative apps, many free, few costing more than four euros, which demand that the user be creative in areas of art, design, music and sound, photography, video, literature and so on. You can also hijack apps meant for scientific, medical, psychological or technological ends and use them creatively in other areas too. I have a wondrous app that models fluid or air flow in many different ways. The mathematics of that is staggering. But it allows you to design simple objects with a finger tip and place them in the flowing streams of colour - and hey presto, a new art-form.

In that sense, the iPad is a far more creative tool than a laptop, simply because the software costs a lot less, there’s more of it available, and it’s so easy. Add the fact that creative accessories such as synthesiser keyboards (into which the iPad slots), or guitars of which the iPad becomes part are becoming available, and
the fact that you can connect virtually any MIDI device, a video projector or a guitar, and we’re back to the computer as a creativity enhancer, a metaphor machine, a source of ideas. Good.

Finally, what I said before isn’t strictly true. There are programming languages available for the iPad, including a version of good old BASIC, one of the languages that lets you write programs to do, well, almost anything. You could load a photo and transform it into sound, or modify recorded speech with your fingers.

So the Zombie computer is dead. Long live the iPad.
Posted by BRSmith at 17:00 No comments: