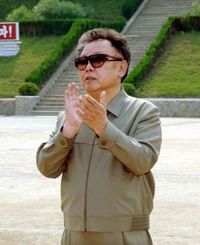 Otete Gaston Mboyo, national chairman of the Genuine Lumumbist Patriotic Party of Democratic Congo who is chairman of the Democratic Congo-Korea Friendship and Solidarity Association, made public on Nov. 20 a statement titled "Let us turn out in the activities for the implementation of the Mt. Paektu declaration on the occasion of the February holiday, the birthday of H.E. Kim Jong Il". The great idea of President Kim Il Sung who is always alive in the hearts of humankind thanks to his immortal feats performed for the cause of global independence is successfully carried forward by Kim Jong Il, the statement said...

Birthdays of Great Persons to Be Commemorated in Tanzania

Pyongyang, November 25 (KCNA) -- It is a due obligation for all the organizations for friendship and solidarity with the Korean people in the world to significantly commemorate the birthdays of the peerlessly great men as common holidays. Francis F. Lyimo, vice-chairman of the Tanzania-DPRK Friendship Association, said this in a statement issued on Nov. 16.
He expressed full support to the appeal of the Swiss organization for significantly commemorating the Day of the Sun and February 16 in 2007 as common holidays of progressive humankind.
President Kim Il Sung, the founder of the Juche idea, is the greatest man who performed immortal exploits for the Korean revolution and the cause of global independence, he noted, and continued:
Kim Jong Il is highly praised by the world progressives as the sun of the 21st century as he has successfully carried forward the cause of the President. The association will form a preparatory committee for commemorating the Day of the Sun and February 16 in 2007 to hold multifarious political and cultural events across the country and thus create an atmosphere of praising the great men.
It will also send a delegation of visitors to the old home of Kim Jong Il in the secret camp in Mt. Paektu in February 2007 and conduct dynamic solidarity activities for supporting the Korean people in their just cause.

Pyongyang, November 26 (KCNA)-- General Secretary Kim Jong Il appreciated a performance given by the State Symphony Orchestra. Also among the audience were First Vice Department Directors of the Central Committee of the WPK Ri Yong Chol, Ri Je Gang and Ri Jae Il and other leading officials of the C.C., WPK and Generals of the Korean People's Army Ri Myong Su, Hyon Chol Hae and Pak Jae Gyong and other commanding officers of the KPA.
Artistes of the orchestra put on the stage colorful numbers including "Glory to the General", the fourth movement of the symphony suite "Long Journey for the Songun Revolution", orchestras "Swinging Girl", "Arirang", "Collection of Famous Songs", "The Sound of a Horse's Hooves in Mt. Paektu", "Rich Harvest Comes to the Chongsan Plain", and a female soprano "Spinning Wheel Ballad".
They truthfully represented the strong spirit of the servicepersons and people dashing ahead like the wind to greet the dawn of a great prosperous powerful nation, holding aloft the great banner of Songun. They, at the same time, fully demonstrated the profound emotional power of the orchestras spiced with strong national flavor through the peculiar echo made by a mixed orchestra, thus clearly proving the validity and vitality of the WPK's policy of creating, arranging and representing music strictly in Korean style.
Posted by BRSmith at 10:30 No comments:

Learning the basics of Zombie Art 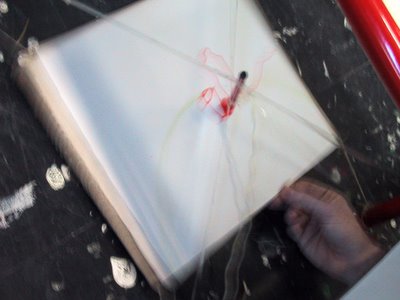 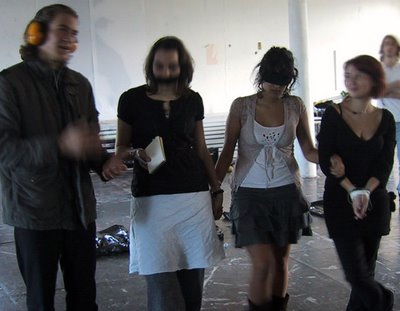 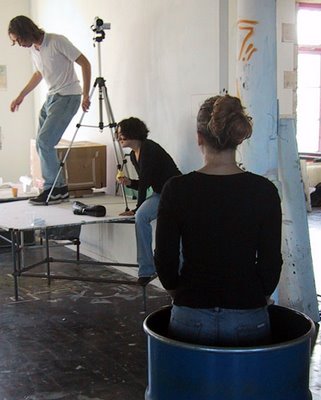 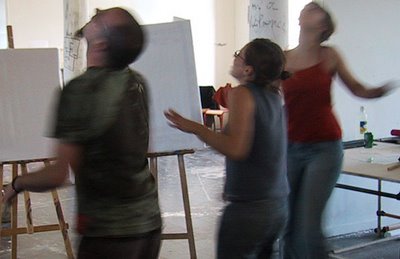 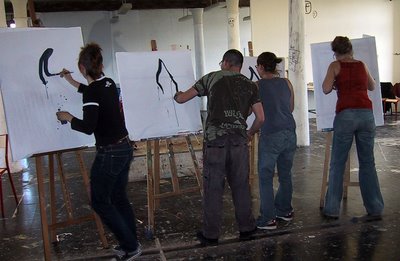 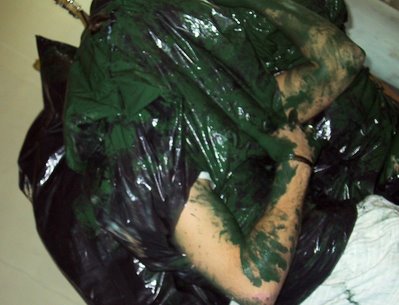 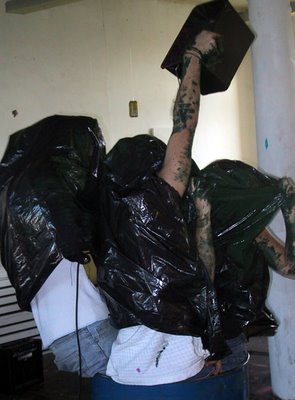 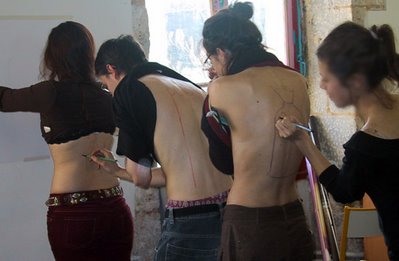 Each art activity is governed by one or more constraints. Constraint is liberty. And so on.
And if you have been, thanks for looking.
Posted by BRSmith at 22:05 4 comments: 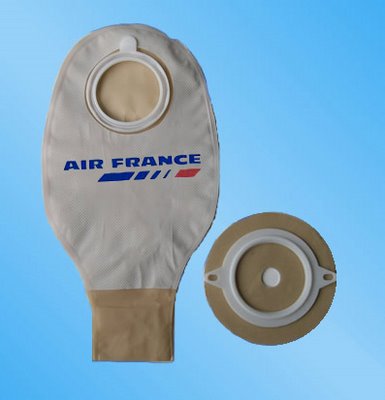 According to new legislation coming into effect on Monday the 6th of November, not only must water, alcohol, toothpaste, explosives, poisons and bio-hazard material be kept in containers each of which contains 100 ml or less, and presented in a 1 litre-or-less capacity transparent plastic bag... But also: bodily fluids, including but not limited to blood, bile, urine, faeces, cerebral-spinal fluid, the content of eyeballs (left and right), testicles (ditto, if applicable), gel-filled breast implants, and so on, and so on, must also be presented in this manner (with certain exceptions, see below).
Consequently, blood will be voided and disposed of to nearby medical facilities apart from 100 ml which may if so desired be placed into the passenger's own 100 ml container for transport. The blood is NOT to be reintroduced into the passenger before the plane has come to a complete halt and the seat-belt sign has been switched off at destination.
Certain airlines may provide free colostomy bags and other items for passengers's personal use. These, once used, are NOT transferable.

The contents of potential security-compromisable containers such as eye-sockets etc. must be worn in proximity to the organs from which they were obtained. 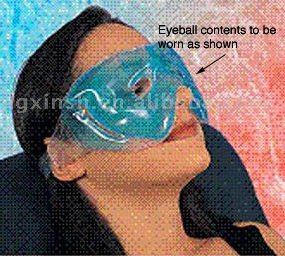 Those wishing actually to hijack an aircraft are still invited to obtain business class seats (first class, on certain airlines on long-haul flights) and to ask for wine (sparkling or still) which will continue to be served in glass bottles, which may be smashed on arm-rests, against doors etc., and used as cutting weapons.