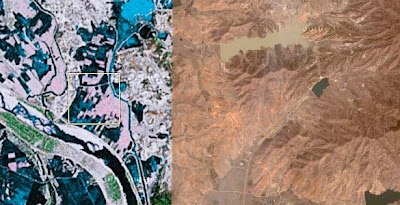 Pyongyang, September 20 (KCNA) -- The performance of Art circle members of the Hungnam Fertilizer Complex (1) was given before capacity audience at the People's Palace of Culture in Pyongyang, which began on September 15.
It fully reflected the invariable faith of the Korean working class to thoroughly adhere to the socialist principle, revolutionary principle, in any adversity and their revolutionary optimism.
In satiric dialogue "The voice of Hungnam," choral recitation "Let us add luster to the revolutionary heritage of the fatherly leader under the leadership of the great General," wind instrument music and song "May, Month of Victory" and other numbers, the performers gave impressive presentation of the immortal feats the peerlessly great persons performed at the complex.
Drum and song "General on a Galloping White Horse" which involved over 80 people and instrumental music and song "Ballad of Mt. Singo" and other numbers touched the heart strings of the audience for their unique form of works that could be created only in working site seething with worthwhile labor and life.
Duet "Following the General" and "We are a worker-couple" sung by a discharged soldier-couple mirrored the faith and will of the workers that they are sure to win when they firmly believe in and follow leader Kim Jong Il in whatever ordeals.
Vice-minister of Chemical Industry Pak Chol, when interviewed, said that the repertoire is full of the heroic stamina and enthusiasm of the working class and helps feel the worth and pride of labor. I came to more keenly feel again that the true life can be seen among workers and only the art pieces created at working sites can be popular among the people, he added.
-------------------------
(1) "The Chemical Directorate Training Department organizes combat training of chemical warfare units and subunits as well as specialist training. It coordinates with other entities of the directorate on a number of questions and directly oversees the chemical warfare school, officer schools and training regiments, particularly the Hungnam Chemical Engineering College, which trains officer cadres for chemical warfare troops and at the same time performs functions of an NBC center.
North Korea has at least eight industrial facilities that can produce chemical agents; however, the production rate and types of munitions are uncertain. Presumably one or more of the agents [sarin, tabun, phosgene, adamsite, prussic acid and a family of mustard gases] comprising the basis of North Korean chemical weapons are produced at the Hungnam Fertilizer Complex, probably asphyxiating and tear agents." (wikimapia)
Posted by BRSmith at 12:09 No comments: 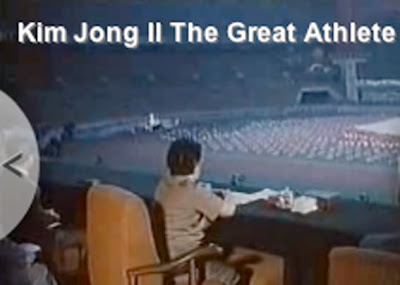 Today we are privileged to be able to see a hitherto censored image (actually from 1996) of the Dear World-Popular Slim and Most Excellent Athlete Kim Jong-Il, son of the Immortal Darling Immense Father (deceased) Kim Jong-Il, whose Collected Woks (sic) are the talk of many an intellectual gathering, participating in his own Exemplary Fashion and giving Dear On-the-Spot-Guidance to North Korean athletes.

In fact, research (Yue, G.H., Bilodeau, M., Hardy, P.A. and Enoka, R.M. (1997), Task-dependent effects of limb immobilisation on the fatigability of the elbow flexor muscles in humans, Experimental Physiology, 82: 567-92 in Smith, A. (2002), The Brain’s Behind It: New knowledge about the brain and learning, Network Educational Press.) has shown that by simply imagining one is taking exercise over a number of weeks, one's muscles do grow stronger… 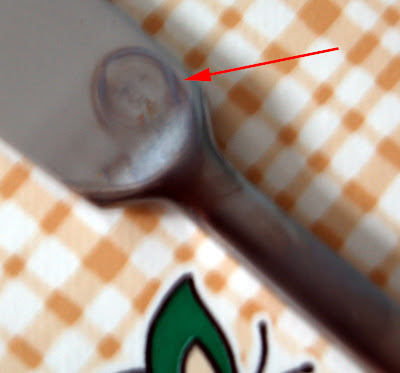 Also, whilst taking a random Zombograph of wild mushrooms, tasteful flowers usw., I noticed a large pile of dust forming itself in to the approximate shape of a dog.
The inanimate objects of the world are clearly trying to tell us something: a warning? No, it's not that. 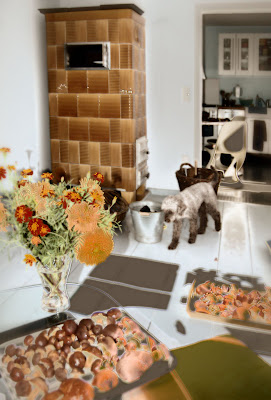