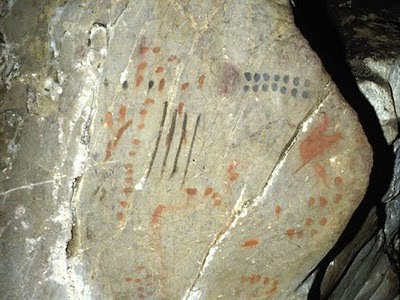 A recent article in New Scientist discusses the 'ephemeral' marks and symbols in cave paintings. They are now being considered as very early manifestations of prehistorical abstract thought. Some 26 symbols have been found, many of them occurring in different parts of the world, in Europe, North America, Africa, Asia and Australasia.
What were previously seen as insignificant might be even more important than the stunning images they accompany.
The current interest in these symbolic utterances parallels the attention given by 'Pataphysics to the outlying, the marginal, the exceptional, the singularity, the 'unimportant'.
This is by no means relativism (of which Post-Modernism is so often wrongly accused). 'Pataphysics is the very science of such peripheral phenomena.
If a 'Pataphysician bought an IKEA chair, it would be the instructions and the left-over bits that seem to fit nowhere upon which he or she would try sitting, with success. Chopin's music might be robbed of all its notes save the accidentals.
Literary analysis of texts by computer programs more often used to detect the central points of interest in legal or government documents tends in novels to highlight the banal, the everyday that the reader scarcely registers. The main themes of a novel might be identified as 'walking' and 'sitting'. And why not? This is presently seen as a failure, but in fact it is a wild success. 'The Road': a novel of walking; 'On the Road': a novel of walking and train journeys; 'The Importance of being Earnest', a play about furniture…
The program will miss multiple layers of meaning. So what? The reader constructs her own, now enhanced or even replaced by new universes of the 'ordinary', which really is quite extraordinary.

This image shows a word-cloud of the International Declaration of Human Rights, which centralised and magnified the central concepts, turned inside out. 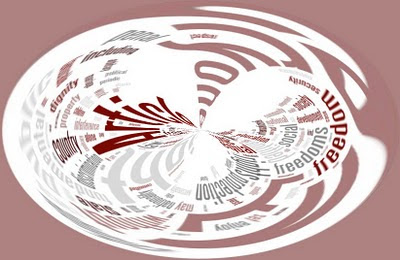 The p-Zombie and 'p-Zombie: the Scandal of an Incomplete Survey. 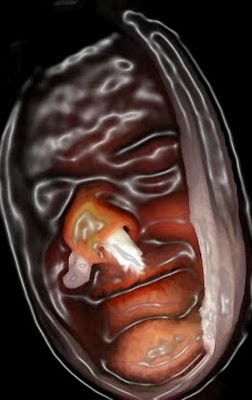 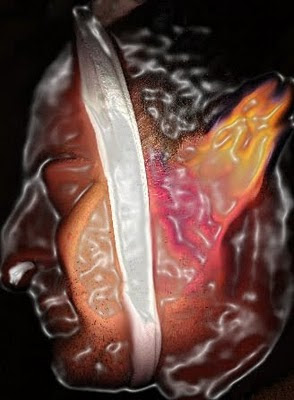 The philosophical or p-Zombie is a thought experiment designed to show that there is a soul, spirit or something which is not material, not just a 'product' of the brain. This is clearly daft.

The 'p-Zombie, or 'Pataphysical Zombie, is an instance of 'Pataphysics devised to show nothing of the sort.

Last year, a huge survey was carried out among 3226 philosophers to determine their attitudes to a number of philosophical questions, amongst which was the question of the p-Zombie.

It is interesting, if not appalling, to note that of the possible boxes to tick, the most important (to 'Pataphysicists) response was absent. One might ask why this was.

Here is the relevant section, with responses as absolute numbers and percentages.

(whether philosophical zombies are conceivable and/or metaphysically possible):

The absent response — and the 'Pataphysically correct one — was of course 'metaphysically possible but not conceivable'.
(This is printed in magenta because the 'colour' magenta doesn't exist either - there is no magenta in the spectrum of visible light. It needs the superimposition of two separate wavelengths of light: red and blue…)

{The magenta in the colour bars in the previous posting comes from a printable colour space, not the spectrum of light. If you don't believe me, have a look at a prism. No magenta.} 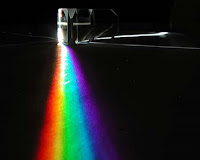 On art, the universe and a weapon of cat destruction 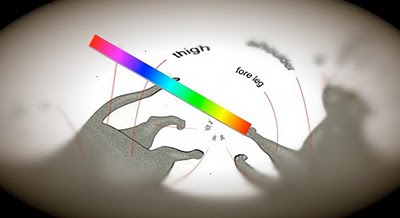 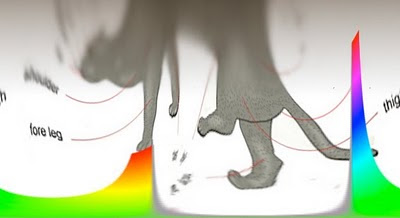 I would follow George Spencer-Brown in seeing the universe as having — wonder of wonders! — split (whether we believe by supernatural intervention or quantum fluctuation doesn’t matter here) into two parts: one of which could, for the first time ever, observe the rest of itself. Yet in doing so, the universe necessarily became blind to part of itself. It was all OK before, just trundling along being a universe; but it couldn’t see. Didn’t need to, you see. Then it could see, a distinction was drawn, but it became tragically estranged from itself. This or something like it is nearly universal in myths of cosmic creation and so on.

What to do? We need, after this action, and don’t forget the common etymology of ‘act’ and ‘agony’, a Truth and Reconciliation Commission. If science is the truth (‘this thing happened’) then art is perhaps the means of reconciliation (‘we can’t really mend it, but this is what it might be like if we could’) — and that’s perhaps why really good art can make you cry.

Science is perhaps socially constructed; art certainly is. Imagine Schrödinger’s Cat in its box not only with a randomly triggered weapon of cat destruction but also with some paints. We don’t know if it’s doing art until we open the box and even then the waveform collapses not into a fact but into questions: has the cat got a gallery? Do the critics notice it? Is it in Art Monthly, Art Presse or Kunstforum? If so, it’s art. 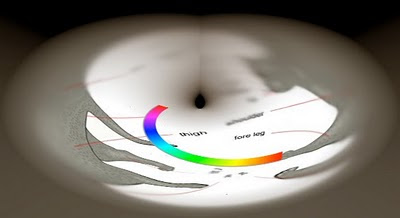 The computer is its own box, cat, paints, experimenter and decaying isotope. It should also contain and examine its own modes of discourse and critique. Use that to make art and we necessarily bring new dimensions into play, we render art and computing ‘difficult’ in a positive sense. The social construction of art itself has thus opened up, allowing us to manipulate it.

We need to open everything up, to make space and time and a new dimension in the work. The best interactive art always makes you look at the participants.

Let’s make a revolution! Let’s turn round slowly, just once, and see everything, everything that was done, and then finish back here again, but everything has changed. Let’s look properly at what has already been done, analyse it and reincorporate all the best bits, but going much further, with a new energy, the energy of the square root of minus one, of crazy ’Pataphysics.
Posted by BRSmith at 11:36 No comments: