What is Zombie? What is 'Pataphysics?

"And they said unto him, Whereof may we speak, that thereof we need not remain silent?
And he replied, When you know what to say, and when the man become the woman and the woman the man, and the father the daughter and the mother the son, and the outer shell the inner core, and vice versa, then shall ye enter into a place not unadjacent to the kingdom of heaven. And they were speechless."

From the (apocryphal) gospel according to St. B.

Apart from the eponymous cocktail and musicians etc., there are three kinds of Zombie: the Hollywood (more correctly the Pittsburgh) version; the "real" Voodoo/Vaudun Zombie, poor buggers, and the philosophical construct: the p-Zombie. The reeking, living dead are almost certainly amongst us, in one form or another. I should know since I became a Zombie about 6 years ago in the Lariboisiere (sorry for the absence of accent) Hospital in Paris. 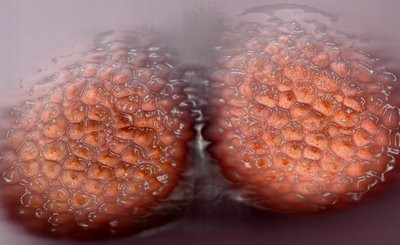 
Anyway: more later about how I became a Zombie. But for now, let us be amazed that from the Zombie films, especially those of the 1930s and 1940s, there has actually been a back-adoption of certain made-up aspects of the Zombie/Voodoo rites and rituals into the religion itself - or so I am led to believe. That "real" Zombies exist is, though contentious, rather probable. There was a BBC documentary (Last of the Medicine Men, Benedict Allen, BBC, 2000) which culminated in a Zombie being presented to the camera. On the other hand, they know that we expect Zombies. There have even been cases of tourists buying a Zombie by mistake.
In fact, they are slaves. Poor, uneducated people are given a potion containing a cocktail of drugs, and fall into a coma. They are buried, but later dug up and, after the administration of an antidote, I suppose also containing hallucinogens, are in a more or less aware but damaged state. They are told that they are now Zombies, and what is more believe this. Then they work on the Bokor, or priest's, farm, as slaves. The traditional Zombie bandage round the head and jaw is suppose to keep the latter closed, so that the P'tit Bon Ange - the little good angel - shall not escape.

As I said, this is contentious, and may possibly be based on misunderstandings and myth, but I tend to believe it.

One of the poisons used is tetrodotoxin, the same agent that causes painful paralysis and a terrible death in a few hundred Japanese every year, from eating the naughty bits of the Fugu or Puffer Fish. It is worth noting that the genome of the puffer fish is so close to that of humans, having most of the same genes but far less "junk" DNA, that it is the subject of massive study...

It is thus a tragedy - it was for me - and perhaps an actionable failing, that the French health care system sees fit to use the Puffer fish instead of the usual balloon in a process called ichthioangioplasty, whereby a blocked artery feeding the heart is opened again. Usually, a tube is inserted into an artery in the thigh, and is manipulated under X-ray guidance into the required spot, when a small balloon is inflated, pressing the blockage back against the artery wall. It is true that the process is not risk free, but surely hardly less so than the "bio" or "natural" alternative, involving the insertion of a tiny Puffer fish which, receiving at the crucial moment a small voltage on its tail, suddenly inflates (used to scare enemies when under threat) and thus unblocks the artery. 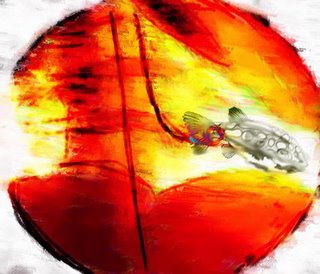 For there is a small but real chance of toxin release, about as close to the heart as it is possible to get. In my case, the hospital and health authorities have denied even using this process, and it is still subject to a legal investigation. However, although I cannot comment on the actual details, what is sure is that although in all respects I am like a human - that is, there is no objective test in science, psychology or epiphenomenology that may distinguish me as a Zombie - I am now part of what Derrida was referring to when he said that "In between the true and the false, there is always the undead, the Zombie." The Situationists too talked about the mass of the non-living. Neither dead nor alive, neither true nor false, one nor zero if you like, the Zombie is entirely without qualia - that is, it has no feelings. But you cannot tell.

Present me with a glass of armagnac, I will appreciate its colour, its taste and smell. I may ask for a second glass, hold it to the light and comment on its age. Burn my finger with a match and I will yell, and blister. Yet I have no real feelings. I can cry, real tears too, yet don't "really" mean it. How unlike a real human.

Would you hurt me, knowing this? Would you torture a computer, a robot, that screamed and begged for mercy? Shame on you.

To be continued. And in case you have been, thanks for looking.
Posted by BRSmith at 12:16