As usual, there is (can be) no distinction for the Zombie between the value of the following two items of interest. As Monty Python sang: "Everything goes in / Everything goes out..."

Sigh... there IS only void, you know. All the rest's just... just... (shrugs). Doesn't mean we shouldn't stop arseholes in the constructed fairyland doing their thing, because we should. It's just that it's not a moral imperative.

The first: In the French town of Bourges, I recently saw as the first item on the menu of the Bistrot Gourmand, "Crumble de Grenouille", or Frog Crumble.

The second: A new book by Nick Humphrey, reviewed in New Scientist, hypothesises that consciousness is "just" an acquired evolutionary trait, successful because self-awareness makes us feel special and mysterious and makes us want to put extra effort into our survival. But, in the jargon, consciousness is "epiphenomenal" - it does nothing, and doesn't really matter. 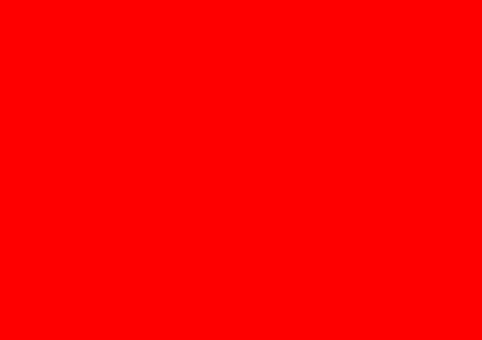 In lieu of an image of the frog crumble, here is a picture of red.


There is a heap of evidence to show that it is as though we have an inner Zombie inside us, who takes all the decisions, has the real perceptions. Then we just "pretend" to ourselves that that's exactly what we wanted to do, think etc., all along...! And, yes, this does imply that there is no free will, only the illusion of it, thereby putting into question notions of guilt, responsibility and punishment.

Of course, your inner Zombie is by no means the same as mine, no one's saying that. But I am one of the few people to recognise and even celebrate that they ARE no more, really, than this Zombie. Try it for a minute... there, that didn't hurt did it?

And, if you have been, thanks for looking.
Posted by BRSmith at 16:48

Hey zombie, I'm glad to see that you're over the anesthesia and seeing red instead!

Now, when I read the daily news, I just flick over here instead of shouting at the newsprint.

Dear cog - apropos some of your own curatorial interests, I remembered yesterday that the wet dust on the pavement in Poznan, Poland and in the village of Sileby, in England, smelled identical. Is this universally true? Does all wet normal dust smell the same?