Godwottery & Gadzooklichkeit - some thoughts on what it means to blog. 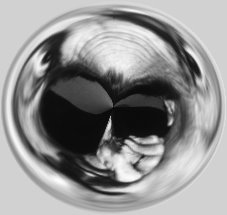 McLuhan inside-out
The more that images, representations, "knowledge" ("I know that my redeemer liveth" - no you don't) is "democratised" the more the production of it is insular, free of teamwork, free of discourse. From the fresco to the blog is a long way down, from the necessary teamwork of the former to the nearly always monomania of the latter, this blog being no exception. Actually, I think that even cooperative blogs don't change my thesis; there's still, oddly, something of "aloneness" about the blog-making activity.
The bloggist thinks she or he is a producer, but is much more the consumer of the means of blog production. It seems to be capitalism at work in a pure form.

We have lost any last shred of truth that may (not) have been inherent in Marshall McLuhan's "the medium is the message": possibly a useful stimulus to asking certain kinds of question about media, but far outweighed by other questions we should be asking, such as:
I write a blog, you write a blog, and, far contrary to what we have been led to believe, the world changes less, not more. Most uses, indeed, of new media, are not revolutionary but reformist at best, tied by chains of self-deception (and a language not of real communication but of marketing) to the most mundane of grounds.

Computer-based means of representation are the most conservative forms around. Most interaction is spurious, most exploration determined and led by those with all the sensitivity of a hand-held missile launcher.

The paradigm of the blog is not the daziboa, or Chin*se wall-newspaper, but the cynical, appalling letter shoved through your letter box swearing you've won millions or at least a small plastic object of negative value.
Posted by BRSmith at 16:36