Pyongyang, July 4 (KCNA) -- The Ryonmot (lotus pond) Restaurant at the foot of Mt. Jang has been recently reconstructed. Now it is crowded every day.
Its predecessor was the Janggyong Restaurant. The restaurant, once a small one, has changed its looks completely to be a public catering center. It tells about the warm love shown by Kim Jong Il for the people.
Over 40 years ago, he took part in the project for expanding the road between Wasan-dong and Ryongsong along with students of Kim Il Sung University. The project was launched according to the plan of President Kim Il Sung for the capital construction.
One day in May, he called at the Janggyong Restaurant which was common in the city at that time. He said with apprehensions that the door-sill of the restaurant was too high.
The manager was deeply moved by his kind words. In fact, the employees of the restaurant and many customers went in and out through the door since its opening but they did not feel that."

Orders can be phoned in, but don't trip over… 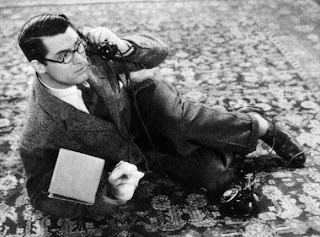 Now that's something I wish I had blogged in my food blog! :-)